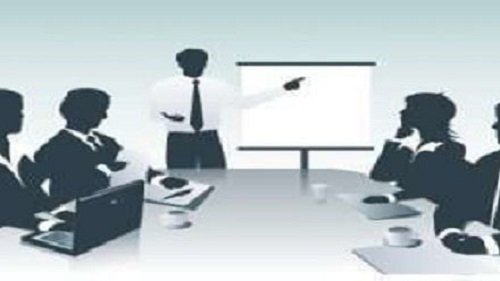 The introduction of OPC in the legal system is a move that wouldn encourage corporatization of micro businesses and entrepreneurship with a simpler legal regime so that the small entrepreneur is not compelled to devote considerable time, energy and resources on complex legal compliances. This will not only enable individual capabilities to contribute economic growth, but also generate employment opportunity. One Person Company of sole-proprietor and company form of business has been provided with concessional /relaxed requirements under the Companies Act, 2013. With the implementation of the Companies Act, 2013, a single national person can constitute a Company, under the One Person Company (OPC)concept

The concept of ‘One Person Company’ may be introduced in the Act with following characteristics :-

and may also have at least one director;

(b) Adequate safeguards in case of death/disability of the sole

person should be provided through appointment of another

individual as Nominee Director. On the demise of the original

director, the nominee director will manage the affairs of the

company till the date of transmission of shares to legal heirs

of the demised member.

(c) Letters ‘OPC’ to be suffixed with the name of One Person Companies to distinguish it from other companies.”

If an OPC is inoperative for more than one year from the date of incorporation then the owner may apply for closure of the company under the normal procedure or Fast Track Exit (FTE) scheme of the MCA. If not so it can be wound up voluntarily or by the order of the Tribunal. As even though it’s inoperative it is compulsorily required to file all regulatory compliances and regular returns punctually, unless it has filed the closure documents with the concerned ROC. Hence it is better to file for the closure, so the members of the company are relived from fulfilling the legal and regulatory compliances.

Filing a proper application for winding up or closing a one person company (OPC), and following the prescribed procedure for closure, are absolutely necessary for closing the OPC legally and officially.

What Documents are Required to Close a One Person Company

In general, the various documents required to close a one person company in India are the following:

The Application for Striking Off the OPC

Board Resolution in favor of the desired winding up

Consent Letter and Affidavit of its Director

Consent of the Creditors of the OPC

And, the Statement of the Assets and Liabilities.

Winding Up of an OPC by Company Law Tribunal

An OPC registered in India with MCA (Ministry of Corporate Affairs) can be closed voluntarily but after two years from the date of incorporation of the company. No OPC is allowed to wind up its business before the expiration of the period of two years except in a case when a company crosses the threshold limit.

A one person Company can be wind up before the expiration of two years if the tribunal is in opinion to close the company and pass an order for the same.

Steps to Close One Person Company

one person company registration in India business may need to be closed for many reasons that may be due to business failure or any other context or circumstance. As per the new rules by MCA (Ministry of Corporate Affairs) for the closure of the company.

A company can be closed in the following ways-

The above options are explained below for a clear understanding of its applicability as per the situation:-

1.Winding Up of an OPC by Company Law Tribunal

An OPC registered in India with MCA (Ministry of Corporate Affairs) can be closed voluntarily but after two years from the date of incorporation of the company. No OPC is allowed to wind up its business before the expiration of the period of two years except in a case when a company crosses the threshold limit.

A one person Company can be wind up before the expiration of two years if the tribunal is in opinion to close the company and pass an order for the same.

Key Reason for closing One Person Company by The Tribunal:

If One Person Company crosses the threshold limit which is exceeding paid up share capital of Rs.50 lakhs or average annual turnover of Rs.2 crores.

If the company is unable to pay debts.

If tribunal passes the order to wind up the company.

If a company if not complying with the annual compliances.

The Following Procedures need to be followed for winning of an OPC by Tribunal:

Passing a resolution with the support of 2/3rd in the value of the creditors of the OPC, for voluntary winding up of the company.

Within 10 days of its approval from the creditors, the notice of this board resolution is to be submitted to the relevant ROC. A declaration stating that the OPC has no debts, or if any, they will be cleared through the sales of its assets within one year.

Filing the application for striking off the OPC with the concerned ROC, together with submitting the Board Resolution in favor of winding up. In case, the closing OPC has been inactive for one year after its incorporation, then the Form FTE is to be filed with ROC, within 30 days from the date of signing the statement of assets and liabilities of the closing OPC.

The resolution for winding up is also to be advertised in the Official Gazette and also in a newspaper which is widely circulated in the district where the head office/registered office of the closing OPC is located.

Appointment of a registered liquidator for processing of the necessary tasks associated with the winding up of the OPC. The liquidator is required to maintain andSubmit all requisite reports and accounts to the tribunal and also to the registrar.

Submission of the statement of accounts, statement of assets and liabilities, Indemnity Bond, etc. If satisfied, the Tribunal and the Registrar will pass the winding up and declare the OPC as closed.

There are so many companies in India which are incorprated under the Companies Act 2013, but due some reasons they reach at the position to close. If you want to disclose your company, then it is advisable to take the help of legal consultant like us who will help you throughout the disclosing process.