The History and Future of the ISO 9000 Series of Standard 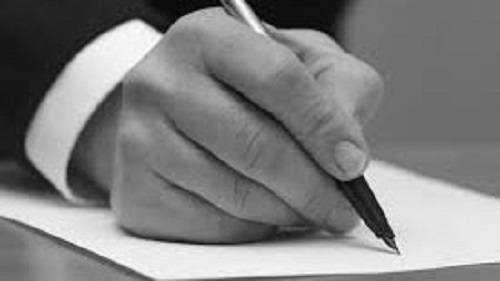 Those who are invested or looking forward to investing in the ISO 9000 “Quality Management Standard’ may find that understanding about ISO 9000 certification is very important to be more effective facilitators. I know some of you were born after the first version of this standard 1987. In this blog, I am going to tell the history, current scenario, or future of the ISO 9000 series of Standard.

World War II crushed the major part of Europe. Winston Churchill previously proposed the idea of a “US” of “Europe” in 1946. As solutions and arrangement developed and country rebuilt, they found that many organizations were contrary from country to country. Quality guidelines are incredibly different, and the requirement for a single Standard led to the creation of what we know as ISO 9001 certification.

The quality standard establishing farther contracted with International organization for standardization to create a non-binding quality standard. ISO, as it is now known, is in the business of writing such standards. Those who remember film cameras know that ISO 100 and ISO 200 are standard for film stock.

Technical committee 176 (ISO/TC176) was formed in 1979 to create a universal quality standard. Based on the British Standard BS5750, ISO 9000 was released in 1987. It was referred to as “Quality assurance standard” with ISO 9000 being the guidance document. The actual quality standard certification was further divided into three parts.

•    ISO 9001 was an organization that conducts design, production, and servicing.

•    ISO 9902 was the Standard for production, and servicing companies did not do design.

•    ISO 9003 was applicable to organizations that neither designed nor produced products, such as those engaged in testing and distribution.

The organization is made up of members from more than 160 countries. It officially began operations in 1946 and since then has published over 19,500 International Standard of variety of industries including technology, health, and environmental. Of the many standards published by the organization throughout the years, the ISO 9000 family is most well-known and widely implemented in the world. The ISO 9000 series focuses on quality management and has revisions and improvement throughout the year.

The ISO 9000 document has undergone many revision since it beginning to ensure that it is as efficient and relevant as possible. Below we have mentioned its revisions, let’s get understand.

1994: Its first version was a revision in 1994; this review focused on trying to clear up in distinct elements of the 1987 version as well as place higher concentration on quality assurance through preventive actions. This first revision emphasized preventive action and made a first attempt at slowing down the documentation paper mill.

2000: The second revision was a complete rewrite and did away with the three separated standards. It focused on process management instead of reactive quality assurance and quality control. It places a higher burden on senior management to integrate quality management into business management. It is one of the most successful revision so far. The British Assessment Bureau reported that the new version, ISO 9000;2000, made it very obvious that process management was the main goal of the Standard. The idea had always intended to be a “document system” rather than a “system of documents,” but that idea wasn’t especially clear in the previous version. With 2000 version these concepts became the main focus of the Standard.

2008: This revision introduction clarifications from the ongoing work of TC 176 and became harmonization with ISO 14001; 2004.

2015: Another complete rewrite of the Standard, this version introduced a new era of quality management systems. It suggested replacing preventive action with risk-based thinking. Additionally, it created a focus on business performance instead of quality matrices and greatly streamlined the required documentation.

The main objective during the revision was to clarify the existing requirements and to design the document to work in congruence with ISO’s other management standards such as ISO 14001; 2004. The eight-core quality management principal has remained constant in all Standard that is listed below;

The most current version of the Standard is ISO 9001;2015 certification, completed and released at the end of the year 2015. The most noteworthy change to ISO 9001 is that the entire document is now focused around the idea of risk-based thinking, making risk management central feature of the Standard.

The current form of this Standard updated the format of the document to the high-level structure referred to as Annex SL; soon all system management are adhered to this structure. The updated also incorporated some changes to make the document more generic.

The Future of the ISO 90001 Standard Certification.

ISO 9001 is one of the remarkable Standard in the ISO 9000 family. It can be applied by any organizations, whether it is large or small. As I stated above it is common and recognizable Standard, with widely accepted with over one million companies and organizations in over 170 countries that currently implement it. It is observed that the ISO 9000 standard continues to be the shining example of the benefits certifying to an ISO standard can afford the organization.

There are varying statistics, but there were more than 1.3 million ISO 9000 certificates in effect at the end of 2014 in 190+ countries around the globe. Each revision of the ISO 9000 family was focused on the success of the organization by improving the quality management standard. So, If you are looking for an advisor who can help you in implementing ISO 9001 certification, you can contact us anytime.