how to save tax and tax planning in India 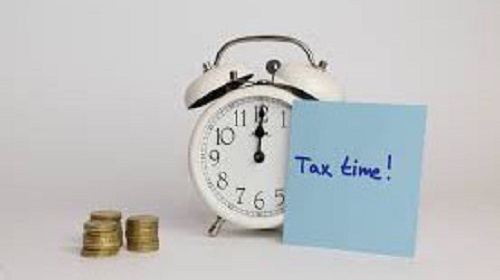 Why we should promote saving:

The evasion or avoidance of taxes is one of the main reasons, if not the greatest one, of the use of low taxation territories. As a general principle, people have to pay their taxes wherever they reside. For a Spanish citizen, it is perfectly legal to enjoy a current account in any other country, including tax havens. There is an obligation to declare to the treasury and to pay the corresponding taxes on capital gains, dividends on the corresponding equity.

It is assumed that a person should seek, by all legal means assisting him, to pay the least possible amount of taxes.  President of Tax Advisors " the right to tax planning, right recognized by the Constitutional Court itself and that, read well, does not mean anything other than the individual's freedom so that within the limits of the law he plans his activity in a way that allows him to pay the least possible taxes, when referring to the decision to make a business transaction that leads to a tax saving that does not occur if alternative actions that could be taken in sustltución of it is chosen. the work of tax consultant is to look for the best option economy for your client (Lomba and Pozuelo, 1996) There are two possible actions to save taxes:

It is a lawful action and consists of organizing mercantile activities, in a legal way, so that fewer taxes are paid. The taxpayer has the legal right to reduce the amount he must pay for his taxes, or even avoid them in full, by the means that the laws allow. Thus, companies structure their commercial activities to legally pay as little as possible. In these actions, international tax planning schemes make sense, in which offshore activities can play a role.

According to Spanish legislation, it occurs when deliberate actions are taken to avoid paying the tax. The usual is the hiding of benefits, obtained legitimately or illegitimately, or the concealment of the identity of the owner or final beneficiary of a good. In some countries, many of which are territories of low taxation, tax evasion in another country is not a crime that can be prosecuted by its courts and, therefore, its authorities refuse to collaborate with the authorities of the high taxation jurisdiction. in his pursuit.

The fact that the differences between avoiding paying more taxes than what is owed should not be left aside (tax avoidance) and fraud or tax evasion is somewhat diffuse and may depend on criteria of interpretation of the tax authorities or judges on the actions of the taxpayer. Although the latter has the right to carry out their commercial activities in such a way as to obtain the greatest benefits with the minimum fiscal cost, sometimes the authorities go further and consider that there may be abusive interpretations of the rules so as not to pay taxes.

It occurs when activities are carried out whose legal coverage allows avoiding taxes, even if the rule does not have that purpose and although there is no infringing intention. In this case, it can be interpreted that the rule is abused to minimize the tax burden, and is considered tax law fraud. It could then be a tendentiously elusive action, and therefore prosecutable. The authorities want to prevent operations that seek only tax savings and have no commercial justification. It can affect, for example, corporate restructuring carried out with the sole objective avoid taxes. As reiterated in the following pages, operations must, therefore, have a solid economic motivation. Many people, especially those with large fortunes, seek to escape high taxes by transferring their funds, and even their residence, to a tax haven. This is a direct way of reducing or suppressing them altogether. However, most people do not go to another country for work and affective reasons: family, friends, and the way of life.

When they feel that the tax burden increases and they cannot move, they try to avoid taxes by remitting their funds to other jurisdictions. This way of acting is favored because the tax trends go towards the indirect tax, on the merchandise that is acquired or the service received rather than the tax on capital income, which is always easier to delocalize. It costs more to collect taxes on goods that can move quickly to another place, or that are in fact in another place. This is why it is so complicated, for example, to tax the transactions that take place on the Internet. On the other hand, most of the tax evasion in the developed economies, and also in the undeveloped economies, comes from the underground economy, which grows without loss in all the developed countries.

In conclusion, there are always capitals willing to change residence. The liberalization of the flow of capital allows that fulfilled the fiscal obligations, the money can be directed to investments and operations located in these jurisdictions, apparently free of taxes. These activities, being fiscally visible, are equivalent to a resident to a deferred taxation that is applied at the time of the repatriation of capital or on capital gains or corporate profits obtained. On the other hand, It is difficult to assess whether taxes are really high or low or if the fiscal pressure increases or decreases. It depends on the indicators that are used and depends on the type of goods, benefits or rents that are considered.

According to the OECD, the fiscal pressure grew by 1.1% between 2000 and 2002, being the second country that increased taxes in the European Union in that period. The flight of German capital, according to parliamentary sources, would have reached 960,000 million euros in 2000, although some sources reduce this figure by half. This led the German government to propose at the end of 2002 a kind of fiscal amnesty for funds that will be repatriated. With regard to offshoring, there are known cases of artists and athletes who change their residence due to the high taxes paid